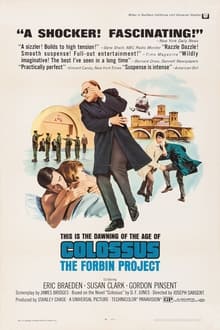 Forbin is the designer of an incredibly sophisticated computer that will run all of America's nuclear defenses. Shortly after being turned on, it detects the existence of Guardian, the Soviet counterpart, previously unknown to US Planners. Both computers insist that they be linked, and after taking safeguards to preserve confidential material, each side agrees to allow it. As soon as the link is established the two become a new Super computer and threaten the world with the immediate launch ... 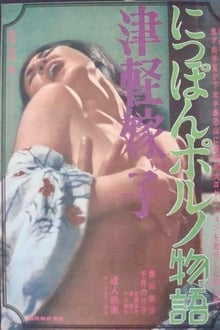 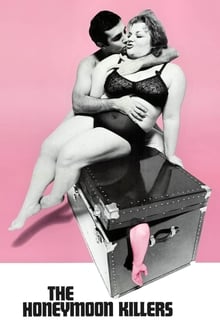 Martha Beck, an obese nurse who is desperately lonely, joins a "correspondence club" and finds a romantic pen pal in Ray Fernandez. Martha falls hard for Ray, and is intent on sticking with him even when she discovers he's a con man who seduces lonely single women, kills them and then takes their money. She poses as Ray's sister and joins Ray on a wild killing spree, fueled by her lingering concern that Ray will leave her for one of his marks. 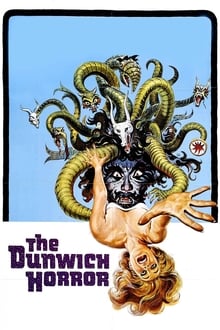 Dr. Henry Armitage, an expert in the occult, goes to the old Whateley manor in Dunwich looking for Nancy Wagner, a student who went missing the previous night. He is turned away by Wilbur, the family's insidious heir, who has plans for the young girl. But Armitage won't be deterred. Through conversations with the locals, he soon unearths the Whateleys' darkest secret — as well as a great evil. 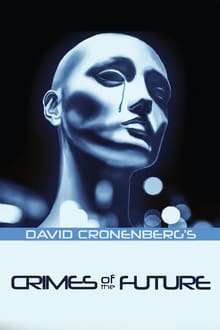 Crimes of the Future

Crimes of the Future is set in a future where sexually mature women appear to have been obliterated by a plague produced by the use of cosmetics. It details the wanderings of Adrian Tripod director of the dermatological clinic the House of Skin. Tripod seems at a loss following the disappearance of his mentor Antoine Rouge. 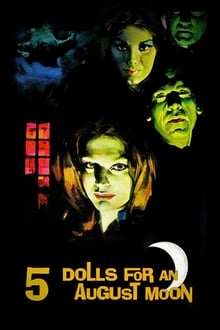 Five Dolls for an August Moon

A group of friends get together in a remote Mediterranean island for a weekend of relaxation. Soon they start turning up dead one by one. The group gets together to determine the identity of the killer amongst them. 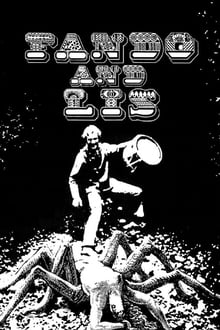 Fando and his partially paralyzed lover Lis search for the mythical city of Tar. Based on Jodorowsky's memories of a play by surrealist Fernando Arrabal. 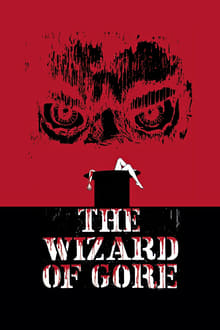 The Wizard of Gore

A TV talk-show hostess and her boyfriend investigate a shady magician whom has the ability to hypnotize and control the thoughts of people in order to stage gory on-stage illusions using his powers of mind bending. 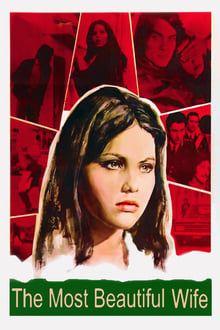 The Most Beautiful Wife

Based on the story of Franca Viola and Filippo Melodia. In Sicily, as a Mafia boss leaves for prison, he advises Vito, a young man who's his potential successor, to marry a virtuous and poor woman. Vito's eye settles on Francesca, only 15, but lovely and self-possessed. Among her virtues are high self worth and forthright speech, so although she falls in love with Vito, she won't bow down to him. Believing he's losing face, he has his boys kidnap her and he rapes her. Then, he tells her ... 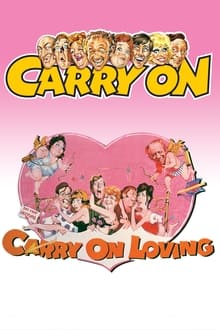 The Wedded Bliss computer dating agency aims to bring together the lonely hearts of Much-Snoggin-in-the-Green. Its owner, Sidney Bliss, has enough complications in his own love life, but still produces a pamphlet called "The Wit to Woo". The strange collection of hopefuls lead to some outlandish matches, and jealousies are bound to lead to trouble 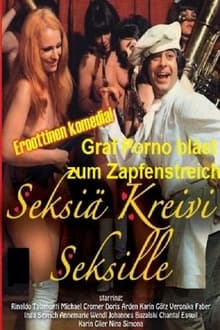 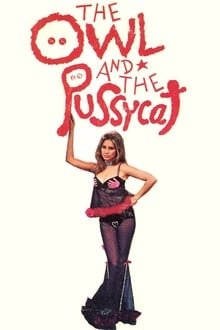 The Owl and the Pussycat

Meek, owlish Felix and strident, catty Doris live in the same apartment building. His incessant typing bothers her; her gentlemen callers bother him. Felix informs the landlord of her activities, so Doris moves in on Felix. When they both get thrown out, they move in with Barney... until they drive him out! That's when Felix and Doris finally decide to put theory into practice. But do opposites attract? 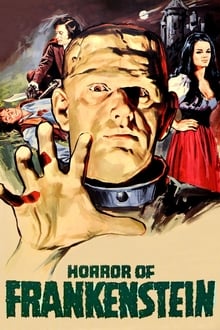 The Horror of Frankenstein

Tongue-in-cheek chiller about a ruthlessly sadistic student who will stop at nothing in pursuit of advancing his shocking scientific experiments. Young Victor Frankenstein murders his own father in order to inherit his title and fortune, and drops out of school to concentrate on his unholy attempts to resurrect dead creatures. 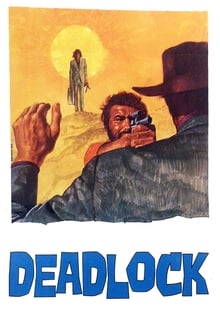 After pulling off a bank robbery two bandits meet in a deserted mining town to divide their loot but an old miner tries to steal it from them. 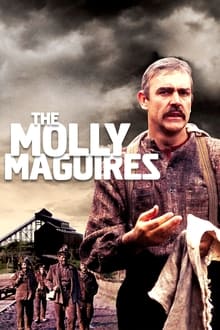 Schuylkill County, Pennsylvania, 1876. A secret society of Irish coal miners, bond by a sacred oath, put pressure on the greedy and ruthless company they work for by sabotaging mining facilities in the hope of improving their working conditions and the lives of their families. 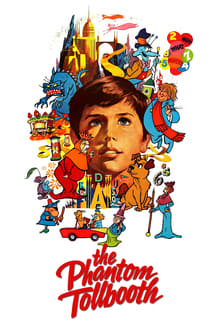 The Phantom Tollbooth, based upon the children's adventure novel by Norton Juster, tells the story of a bored young boy named Milo. Unexpectedly receiving a magic tollbooth and, having nothing better to do, Milo drives through it and enters a kingdom in turmoil following the loss of its princesses, Rhyme and Reason. 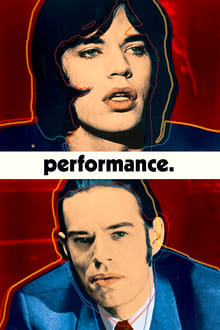 Young gangster Chas Devlin seeks refuge from the mob in a basement belonging to a reclusive, fading rock star Turner. 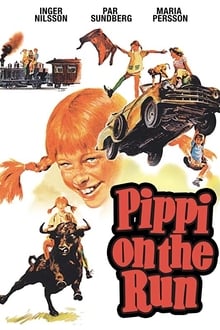 Pippi on the Run

Fed up with their strict parents, Tommy and Annika run away from home, with their friend Pippi Longstocking to look after them in their long trek. 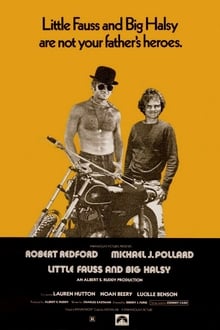 A banned motorcycle racer becomes mechanic for a selfish braggart who races under his name. 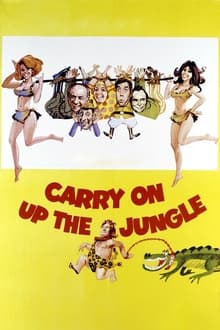 Carry On Up the Jungle

The Carry On team send up the Tarzan tradition in great style. Lady Evelyn Bagley mounts an expedition to find her long-lost baby. Bill Boosey is the fearless hunter and guide. Prof. Tinkle is searching for the rare Oozalum bird. Everything is going swimmingly until a gorilla enters the camp, and then the party is captured by an all female tribe from Aphrodisia... Written by Simon N. McIntosh-Smit 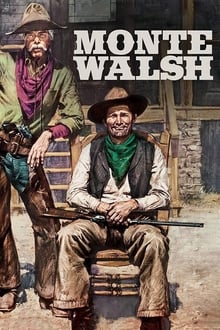 Monte Walsh is an aging cowboy facing the ending days of the Wild West era. As barbed wire and railways steadily eliminate the need for the cowboy, Monte and his friends are left with fewer and fewer options. New work opportunities are available to them, but the freedom of the open prarie is what they long for. Eventually, they all must say goodbye to the lives they knew, and try to make a new start. 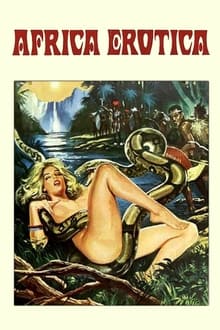 Young women have an adventure in the African jungle 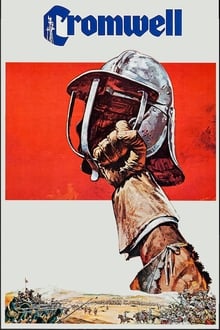 Disgusted with the policies of King Charles I, Oliver Cromwell plans to take his family to the New World. But on the eve of their departure, Cromwell is drawn into the tangled web of religion and politics that will result in the English Civil War. 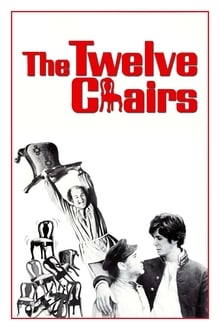 In 1920s Soviet Russia, a fallen aristocrat, a priest and a con artist search for a treasure of jewels hidden inside one of twelve dining chairs, lost during the revolution.