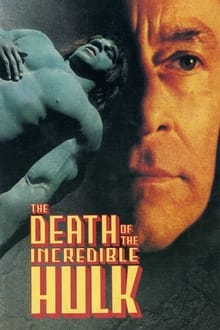 The Death of the Incredible Hulk

During the critical experiment that would rid David Banner of the Hulk,a spy sabotages the laboratory. Banner falls in love with the spy, Jasmin, who performs missions only because her sister is being held hostage by Jasmin's superiors. Banner and Jasmin try to escape from the enemy agents to rebuild their lives together, but the Hulk is never far from them. 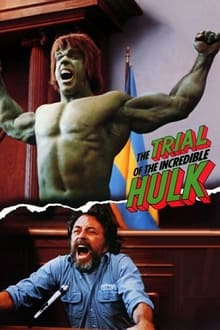 The Trial of the Incredible Hulk

On the run again, Dr. David Banner is jailed for assault after interrupting a mugging. Blind attorney Matt Murdock enlists Banner's help in locating the muggers because he believes they work for his longtime foe, Fisk, the head of an international crime network. But David, afraid of public exposure, breaks out of jail as the Hulk. Tracking David down, Murdock reveals his own secret: His blindness came from a radioactive spill, and after developing his other senses so incredibly, he has ... 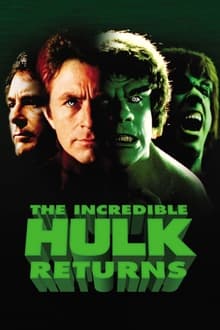 Dr. David Banner meets a former student, who has a magical hammer that summons Thor, a Norse god who is prevented from entering Valhalla. When the two superheroes stop feuding long enough to breathe, they are a team unmatched by any of their enemies. 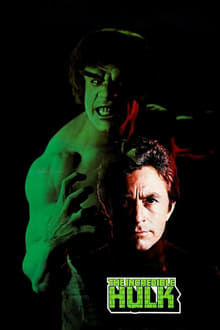 An accidental overdose of gamma radiation causes a mutation in scientist David Banner's DNA: now whenever he becomes angry, he metamorphoses into a seven-foot-tall, 330-pound, mindless muscular green creature.