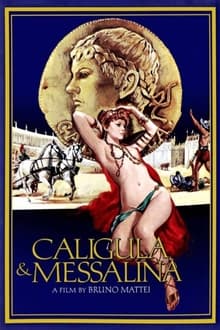 Messalina (played by gorgeous Betty Roland) is a power-hungry nymphomaniac who will stop at nothing to become Empress of Rome. She brings herself to the attention of Caligula by battling in the gladiator arena and it is not long before she achieves her goal, upsetting the Emperor's youngest sister Agrippina, who hopes that her son Nero will eventually become ruler of Rome. Agrippina successfully plots Caligula's downfall, but Messalina rains on her parade by immediately jumping into the ...