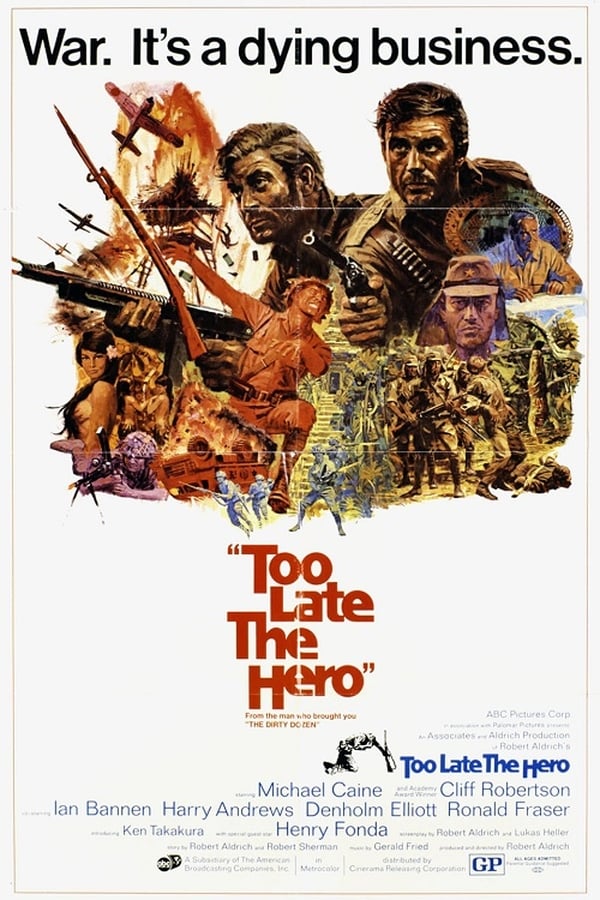 Too Late the Hero

A WWII film set on a Pacific island. Japanese and allied forces occupy different parts of the island. When a group of British soldiers are sent on a mission behind enemy lines, things don’t go exactly to plan. This film differs in that some of the ‘heroes’ are very reluctant, but they come good when they are pursued by the Japanese who are determined to prevent them returning to base.